Ronald Goltsch is 55 years old today because Ronald's birthday is on 04/06/1967. Before moving to Ronald's current city of West Caldwell, NJ, Ronald lived in Denville NJ, Netcong NJ and Caldwell NJ. Ronald also answers to Ronald F Goltsch, Ronald F Goltch, Ronald Golstch and Ronald F Goltsch, and perhaps a couple of other names. For work these days, Ronald is an Electrical Engineer at Catbridge. Places that Ronald was educated include JAMES CALDWELL HIGH SCHOOL and UNIV OF DETROIT MERCY, MCNICOLS. We know that Ronald's political affiliation is unknown; ethnicity is Caucasian; and religious views are listed as Christian. We know that Ronald is married at this point. Ronald's personal network of family, friends, associates & neighbors include Sara Goltsch, Lynn Goltsch, Ronald Goltsch, Linda Kondreck and Douglas Kreil. Ronald has a reported annual income of $70 - 79,999 and a current net worth value of greater than $100,000 - $249,999.   Full Summary 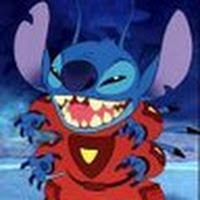